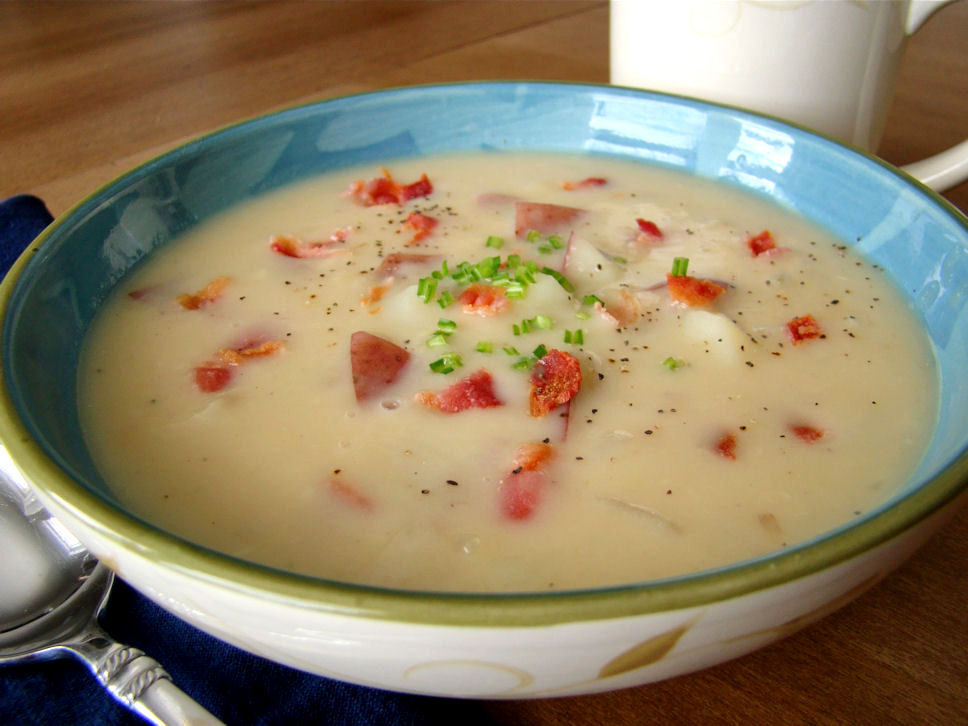 Preparation of the recipe:

Fry bacon until crisp, and chop. Drain and use paper towel to soak up excess fat.

In a large pot, sautee onion and garlic with 2 tbsp bacon drippings.

Heat to boiling, then cover and simmer until potatoes are cooked, then add bacon.

Mix flour with a small amount of evaporated milk, making a paste.

Cook over medium heat until mixture comes to a boil and thickens.

Stir often to ensure the soup doesn’t burn on the bottom of the pot.